I am a chartered engineer and architect with more than twenty years of experience in the design and realisation of projects of the built environment. If you are just embarking on a one-off project or you are systematically dealing with the built environment and you are looking for a consultant with all-round experience, you are at the right place.

Toxic behaviour in projects, or, how to guard the guardian

This article was firstly published on my LinkedIn account on 11 March 2018.

Projects and large-scale projects, in particular, are, first and foremost, congregations of people and the theatres of social interaction. Significant numbers of people work with each other and, most of the times, have no other option but make this collaboration work in order to bring the project to completion within the desired budget, to the agreed quality levels and scheduled time. Despite the large concentration of people, however, there is hardly ever any reference to the mental status and, in essence, the psychic health of the decision-makers and the leaders of projects of consequence. It is a subject that is hardly ever being discussed, let alone analysed in a professional context when the management team is staffed.

The construction industry is probably the most conservative of all production industries, not only because of the methods and means it uses but also because of the skills, soft and hard, of the people who comprise it. To recite the words of Dr Atif Ansar in the opening talk of the recent 2nd Oxford Major Programme Management Conference, “the construction industry is desperately antiquated“. And even though this comment refers to the reluctance of the industry to embrace innovation and the snail-slow progress with regard to IT adoption, it is also very true when it comes down to the most important element of projects; people!

The professionalisation of the discipline of project management in the last decades has resulted in a number of standardisation of project managerial techniques and the emergence of various bodies and professional institutions that offer accreditation to professionals and practitioners alike. Despite the abundance of training and courses for all wallets and appetites, in most occasions the successful, or successfully working as, project manager professionals have to master the human interaction this task entails, through less formal instruction, based on intuition and, largely, on their personal social skills that have been acquired (or not) during their practicing years as well as through their social maturity journey. This means that project managers despite their training, at the end of the day and especially when the going gets tough, will resort to their personal inventory of skills to deal with difficult situations and how to manage their own self with regard to other people.

By and large, mainstream project management training routes do not prepare managers on how to deal with the mental deficit and the symptoms that all people suffer from. They do not “touch” areas such as the individual’s psychic economy, i.e. what is happening in the mind of the person who manages, as it is considered an intimate territory and, very often, a taboo. Cultural clichés and the difficulty of bundling them under a “saleable” generic course is another reason this may happen, however, we shall not digress, as navigating in a cross-cultural environment is a category on its own and deserves a dedicated article.

Current training and prep courses try to address quantifiable issues, such as risk, cost, time, quality and resources. Rather recently, the magical term “leadership qualities” has also appeared in the curricula, a term that has become very fashionable but at the same time is vague and often confused with management. A good leader is a good manager, however, a good manager is not always a good leader. This is not a reciprocal relationship. Within this context, most of the popular training routes or courses, select to manage the training process by avoiding uncharted territories, such as the psyche of the project manager and the foundations of human relationships. Despite the abundance of management courses and the off the shelf “recipes” or the development of “modern” contractual tools (NEC is an example of this), projects still fail triumphantly!

One reason might be over-complication and the effort to achieve lifelike conditions in project processes, as Alexander Budzier and Bent Flyvbjerg argue in their “Why do projects fail?” article. We would argue, though, that another important parameter is the disregard of the human nature and the inherent human “weaknesses” which are manifested through symptoms, as Sigmund Freud and Jacques Lacan taught us.

Projects are often dysfunctional and fail to achieve their initial targets, or in other cases, they fail completely to deliver. The “notorious” Berlin Brandenburg Airport is just one example of this. Despite the elaborate techniques and state-of-the-art project management operations in place, project leaders, irrespectively of their training and experience, are human beings with a complex psychic profile. The tough and, often, disappointing character of the objective reality, forces people to operate on the basis of their psychic inventory. Project managers are not an exception.

Humans react to cancellations, misunderstandings, delays, disappointment and broken communication with their subjectivity and according to their mental reserve. The latter is, sometimes, not enough to act as an antidote to the tough daily project reality and at this point, optimisation bias starts taking a downturn. As a result, the intentions, words and opinions of our colleagues are interpreted according to our fantasies, our wishful thinking and unconscious desires, rather than their actual face value. 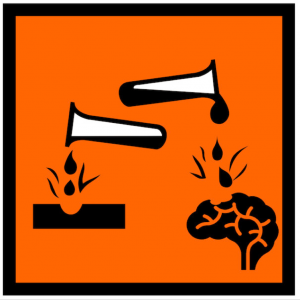 For this reason, mainly, our encounter with the other is open to misinterpretation and misunderstanding. The more frustrating is the objective reality, the more powerful the influence of one’s psychic reality is! Or, as Freud put it since reality is unbearable to tolerate, people will contrive to their “own reality”, the one they have built in their own fantasy into which they find comfort. In this mental comfort zone, conditions are more pleasurable for the individual, satisfying and, even, gratifying. As anyone could guess, though, this world can be miles away from reality, or to superimpose it on a project level, project managers may be tilting at windmills…

And that’s exactly where things can go wrong, when the managers start to live in their own subjective reality, confining themselves in their silo. That’s the point where hubris occurs, as the manager considers himself greater than the cause.

Concluding, we firmly believe that projects can only be benefited by adopting an open-minded approach regarding the mental balance of people that are involved in their management. Psychoanalysis and psychotherapy should become a standard and non-negotiable aspect of projects, as physical Health & Safety is. They say “admitting you have a problem is half the battle”, so let’s admit it and start removing the stigma that mental health is associated with. Project initiators and organisation leaders should face, literally, the problem from within. They can start by identifying the psychic economy and the emotional stability of people who manage projects. Listen to them actively, discuss openly but discretely and, in essence, address their personal worries or expectations with the help of professionals, before assigning them to larger than life tasks and entrusting them the fate of projects.

And for this to happen, every organisation involved with projects should start investing in looking after their people on a mental health level; put people first, as projects are made from people and for people.