I am a chartered engineer and architect with more than twenty years of experience in the design and realisation of projects of the built environment. If you are just embarking on a one-off project or you are systematically dealing with the built environment and you are looking for a consultant with all-round experience, you are at the right place.

A few years ago I wrote an essay for my Masters degree considering the IT tools that are out there, available for the practising architect or engineer. 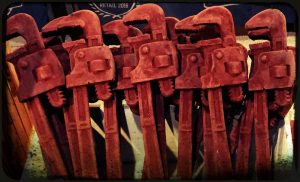 The e-tools I was referring to were not of absolutely technical, construction or design-related nature. They were applications that might have been developed for completely different purposes or audiences, but could be implemented to improve exponentially the productivity of the practising AEC professional. Examples included simple cloud-based repository tools (such as dropbox or google drive), up to augmented reality applications, such as Wikitude.

The essay was examining the degree of IT literacy a potential user needs to have (or acquire) and was exploring ways to integrate the vast array of applications under a single roof, in essence a notebook or tablet. The goal was simple; to investigate how the shift towards an e-office could be achieved in order to simplify the life and work of the AEC professional.

Seven-eight years down the line many things have changed but one remains constant; the need to advance and reinvent the way projects for the built environment are designed, executed and operated.

What I meant to say back then, today is more true than ever; the AEC industry needs a change. It actually needs a big kick in the b#*t!

The main actors of the industry remain obsessively stuck to the past, using obsolete methods not only to design but also to deliver projects.

The need is imperative taking into account the uncertainty by which construction projects are still surrounded with. In the era of all-in-your-palm-with-a-smartphone and self-driving cars the construction industry is still struggling to create products that have little or no connection at all with the advanced technology used elsewhere. Even worse, the outcome is usually an amalgam of nearly-well put together components (at best) whose performance is seldom checked against the design brief or the assumptions made by the designers.

Post-Occupancy evaluations (POE), to take just one example, are still the exception and not the rule and the way the design team is informed about the success of their combined effort and collective knowledge is arbitrary or, at best, just another BREEAM-tick-in-the-box.

One of the reasons, allegedly, is that each construction project is unique, bespoke in nature and every change entails considerable risk (i.e. money). Another reason often quoted, is the nature of works involved. Brickwork for example is not easily standardised, automated, or robotically laid, as e.g. the production line of a car manufacturer. Stretching it further one could find more excuses, such as the unsafe and ever-changing environment of the construction site, a place that (admittedly) changes many times until the completion of the project, and as such needs a high level of intelligence to orientate.

Of course if all these change inhibitors were true, NASA would still be experimenting in their back yard (or still is according to others!) and Rosetta would be an RC toy in ESA’s garage.

The main hurdle is the human mind and the resistance to change.

We are still living in a world where the majority of people working in construction projects are thinking “the traditional way”. There is nothing bad about it apart from the fact that it is a poor way of thinking! 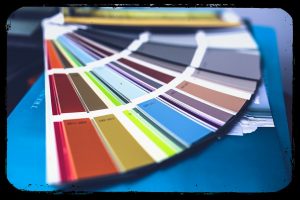 Imagine you are colour blind and you are given the chance to wear a pair of glasses that allow you to see the full spectrum of colours. It’s a revelation! That’s how the Information Communications Technology (ICT) feels for the unsuspected. Quite similarly, the majority of the projects today spread over a grey spectrum; it’s high time we turned into full colour.

But in order to get there, people must, initially, learn there is another way. And after this realisation, they have to be educated in order to learn how to get there, i.e. trained how to do things better using ICT as their companion.

This knowledge, however, scares the majority of the current industry leaders. The reason is that it drags them out of their comfort zone, it urges them to look in other places than the traditional resources they are acquainted with. And even if they are flirting with the idea, the majority won’t make this step, they won’t stretch their hands to “touch” the innovative technology that’s out there, fearing they are opening a Pandora’s box…

Change is imminent, however. It is a wave coming from directions we have never imagined or thought of as game changers. It will be radically different from what we expect, or what is today quoted by the majority as “the future”. The ideas that will radically change the AEC industry in a few years’ time are already being developed and are galactic miles away from traditional approaches.

They are neither lurking in dimly-lit teenagers’ bedrooms nor hatching in dad’s garage as in the 80s. They are innovative projects led by companies that, seemingly, have nothing to do with the AEC industry, but whose winding research paths will eventually bring them directly into the doorstep of the built environment sector.

In case you didn’t notice it has already started and google, tesla, apple and the lot are marching on.

This article was firstly published on my LinkedIn account, in November 2016.