Why should everyone buy a 3D printer!

In a period of global financial uncertainty and tight family budgets, suggesting to throw your hardly earned monies to a machine whose reason of existence is not entirely clear, seem risky if not foolish. Why then would it be a good idea to buy a 3D printer? How this device could help you, apart from being a nice gadget or toy for small or large kids?

Well, there are various reasons why one should do that.

When my father bought us our first Amstrad CPC 6128 back in the eighties, there was no apparent reason for doing so. He saw something, however, that other parents were not able to see. He saw that PCs had started to revolutionise the way things were done, not only in the professional environment but also in simple daily functions. He thought it would be good for his kids to gain an advantage in understanding technology, associating their lives and their way of thinking with something new, beneficial in the long run. And, of course, he was right.

So, when I scribbled my first lines in simple Basic and had my name scrolling up and down the screen, I felt really proud! This seemingly simple action though had a larger impact in my life, and I’m sure in the lives of other kids of my generation. Getting a “machine” to flash your name or play games with was nice, but getting it to do real work for you; that was phenomenal! It was a breakthrough not only in the way work was produced but also in the way it was conceptualised. It helped people break down their work to its constituents, analyse it, start thinking in terms of actions and results through logical flowcharts and, hence, understand more effectively the hypotheses they had to make in order to reach the desired outcome.

And then Windows 3.0 arrived, Apple reinvented the way documents were produced and the rest is history… Actions that until then were tedious or demanded professional tools to be produced became accessible to every household, allowing creativity to ring the doorbell.

My first Star 10 dot printer was another technological triumph. I was now able to print everything at home. Text, enriched with graphics and drawings, was now within a finger’s tap something a simple typewriter could have never done so. From my school’s coursework to the mundane shopping list, you name it, sky was the limit even if it was consisted of millions of dots. But resolution didn’t matter back then and, of course, improved exponentially by time.

Today we are in the advent of another technological breakthrough. The dawn of 3D printing for the masses. There are already machines out there that are designed well, perform even better, are compact in size and do not require you to rob a bank or sell your house in order to buy them.

3D printers redefine the way we see the world. From being passive consumers we’ll all transform to producers, shapers of the physical world that’s around us. For example, imagine the reduction of waste that will come as a result of 3D printing. Let’s say that your light switch is broken or you just want to change the wall sockets because you redecorated a room and the old ones look awful. You won’t have to go and buy them, you’ll just have to print them out!

You will be able to download the respective drawing from the manufacturer’s website, buy the 3D “ink” of the desired colour and quality, even modify its design a bit if you feel creative, and print it out on your own at a minimal cost. In the future manufacturers will not have to produce millions of products in different designs and colour combinations. As a result, the associated cost will be lower, the carbon footprint of their production will reduce dramatically and the need to store all these millions of products and transport them around the world will minimise, if not vanish.

The production of 3D objects will become a household activity in the same way typography did so in the nineties.

So, buying a 3D printer today will introduce you to a whole new world, a new culture, especially if you’re not coming from a design background.

Even if this is true, though, fear not! Most 3D printer manufacturers have taken the effort to provide simple software, as well as training videos, to get you up and running as fast as possible. There is also a plethora of online libraries with numerous items and samples, to help you experiment. Alternatively, if you are design conversant, you may install a few add-ons in your beloved software and start using your 3D printer off the shelf.

Buying a 3D printer will not only unleash your creative self. It’s a thumbs-up to research and researchers behind this technology, it will provide small companies or techie start-ups with more resources. It will allow good and innovative ideas to spread around faster and offer improved products and experiences. But most of all it will help popularise a “new” technology, will allow its applications to get access to a broader audience and, eventually, find its way to producing larger and more articulated “objects” as, say, buildings. And if you’re thinking I’ve gone over the top, then I can happily inform you this is not a sci-fi scenario, it’s already happening.

Even if you can’t afford it, there might be other ways to get your hands on one. Consider buying one jointly with your friends, or even putting forward a proposal to your company, to buy it in the office. We all know it’s not the norm, but there are various tech-friendly organisations out there interested in their employees’ well-being, even if they are not called “Google”.

After all, Christmas is round the corner and you can always treat yourself with something special, or buy your kids something creative!

This article was firstly published on my LinkedIn page, on 30.Nov.2016. 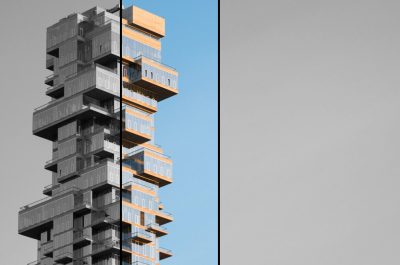 Offsite construction: the dawn of a new era?